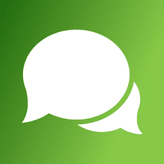 This photo was taken on the 13th August 2016 at Ben's passing out party which we held at our local pub, The Half Moon.  Ben was a Trooper with The Light Dragoons after joining Harrogate AFC at the tender age of 16.

Ben was a popular lad and so the party was packed with family and friends. I can recall Ben laughing at me at the beginning of the night when he noticed that I had bought a variety of glow in the dark props. "It's not my bloody 5th birthday party Mam" he said, yet come the end of the night, Ben, us, his family and friends were all wearing them!

Ben wasn't much of a drinker, he preferred being out and about with his mates and I would often receive a photo or video of him jumping into rivers and off the top of waterfalls. I would berate him afterwards for worrying me and Ben would laugh it off with his typical nonchalance and wit.

I remember Ben and I sitting outside one sunny Saturday, as we watched people completing parachute jumps at a local airfield. At that time he had recently completed his first and subsequent jumps. "I was shi**ing myself the first time Mam, but couldn't wait to get back up and do it again and again!".

That was my son, fearless, daring and brave. I wish he knew just how brave he could be and that he had used that strength when he needed it the most.

One of the many, many questions I asked myself when we found out Ben was gone included, "what do I say when people ask me how many children I have?" Of course I know the answer to that question, my disorientated, grief stricken mind was simply struggling to comprehend what was happening. There continues to be so many questions, some of which will never be answered. The one person who we need to help us fill in the blanks is sadly no longer with us.

My entire network of family and friends have been extremely supportive since that horrendous, life changing day. I wouldn't have 'made' it this far without them by my side. They have my eternal respect and gratitude for all they have and continue to do for me.

My "rock" thoughout this ordeal has turned out to be my eldest son, Liam. His courage, drive and passion have amazed and astounded me. When did our roles reverse and he became a parent  to me? I also need to give credit to Ben's younger brother, Josh, who has demonstrated a level of maturity way ahead of his 16 years.  I lost my brother when I was 15 years old, he was 7 and was killed by running into the path of an oncoming car. I certainly didn't handle my brother's death with the dignity that Josh has, I take my hat off to him.

Ben also leaves behind two sisters, Anna and Sadie, who are from my now husband's first marriage. They too have coped with their loss in such a dignified way and although I may not always tell them, I'm equally as proud of them too.

Ben is loved and missed by so many.His friends have and continue to pay tribute to Ben in so many ways. They have at times taken my breath away with their actions and I love each and everyone of them for that.  Ben will continue to live on through his family and friends, he will never be forgotten.

This photo was taken not long after i bought these sun glasses.

I remember Ben seeing them and breaking out in to a fit of uncontrollable laughter; he called me a John Lennon wanna be and a Beatles reject.

That's the type of person Ben was but I know it was nothing personal towards me he just loved a good laugh, and that's how I'm always going to remember Ben for the rest of my life.

I helped start this charity with my Mother for the soul purpose of keeping Ben's laughter of life going; and hopefully it can inspire someone else in theirs.

Please help us remember Ben by spreading this message.